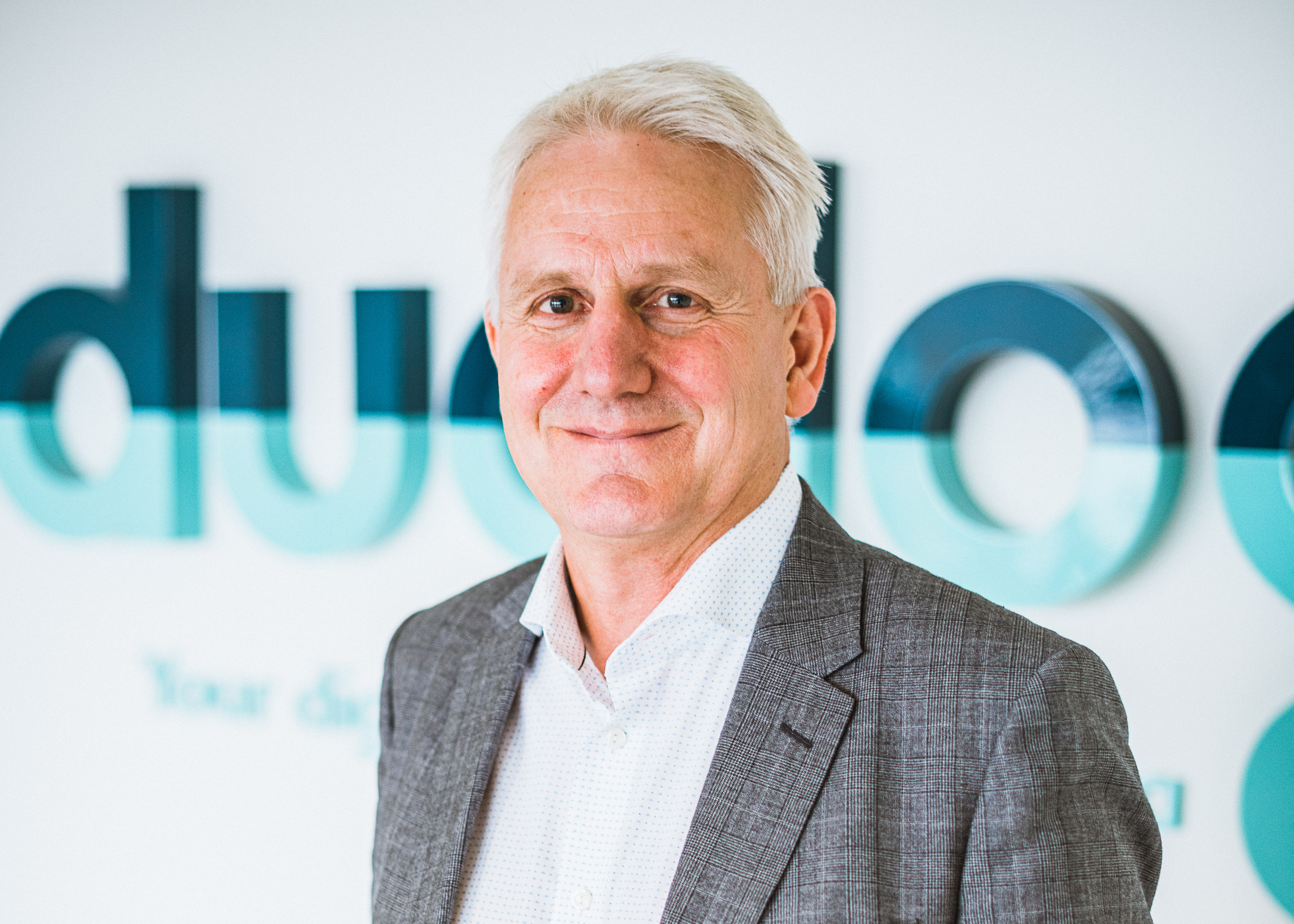 Dualog CEO, Morten Lind-Olsen says the likes of Amazon and DHL might be calling the shots if the industry is failing to go digital. Premiering this spring, the new video-series from Splash247.com has featured a range of leaders from the maritime sector sharing their views on digital transformation, technology and business.

The Maritime CEO Tech Leader Series has featured a range of top names from the industry, including Şadan Kaptanoğlu, the first woman president of BIMCO, Bjoern Sprotte, the OSM boss, and Thomas Bagge, the founding CEO of the Digital Container Shipping Association (DCSA).

The very last episode of the series, brilliantly organised by Splash Maritime and Offshore News (splash247.com), produced by Ocean Technologies Group and sponsored by Dualog, features Mr Morten Lind-Olsen, Dualog's outspoken and visionary CEO. The talk with Sam Chambers centres around digitalisation and Morten's perspectives on the drivers that push the industry forward.

When asked about how much COVID-19 has turbocharged shipping's digital path, Morten replied that the digital transformation has been ongoing for long before COVID-19 was around. "Digital instruments and digital devices have been around and on board ships for ages. As bandwidth has increased, we see more and more interest to get the data ashore." The reasons for this is quite obvious: "Digitalisation is about getting more efficient in all directions!"

There is no one in such a hurry as a dead fish!

"The drivers for the digital transformation in shipping have been around for quite a while," Morten Lind-Olsen claims, and suggests the Covid-19 pandemic acts merely as an accelerator. Making an analogy to the Norwegian fisheries and their adoption of digital catch reporting, Lind-Olsen said it is partly because of environmental concerns and the goal of sustainable fisheries management. However, just as important is the fact that digital tools help the fishermen get the fish to the markets as quickly and fresh as possible. To exemplify his point about the need for acceleration, Morten uses an old Norwegian fishermen's saying: "There is no one in such a hurry as a dead fish!"

Getting (big) data in Japan

Commenting in the ongoing co-operation with shipping giant NYK Lines, Lind-Olsen said that the reasoning behind the joint efforts was asset management purposes, meaning that a critical driver behind digitalisation efforts is the need to analyse and optimise operations. "There are thousands of sensors onboard. They want this data on the shore side as well", Lind-Olsen said.

COVID-19 will speed-up on training and file sharing

Commenting on the Covid-19 situation and its impact, Morten said that digital would affect the apparent areas like training and file sharing. "There is a lot of stuff that you can do quite better with digital means!" Morten said.

Looking at the industry, Morten commented that there seems to be what he calls a "50:50 approach", meaning that half of the shipping companies seem to be focussing on cost-saving and the other half focuses on how to improve business.

"In the long-term, there is a silent revolution going on where shipping is part of a chain," Morten said. "Whether it is the shipowners who are going to be the bosses in the future, that's unclear to me - it might as well be Amazon or DHL running the show!"

Making a comment on the satellite industry, Lind-Olsen said it is still an issue with connectivity, making the case that Internet on commercial ships can not be compared to what we've seen on terrestrial. Also, the satellite industry is struggling at the moment, with quite a few players facing financial hurdles.

Insights from the tech leaders

For the shipping industry, there is undoubtedly a lot going on. The diversity of the topics and discussions in the video-series are telling.

The opening episode featured Claus Nehmzow, the chief innovation officer at Eastern Pacific Shipping. His message was that the current pandemic is changing the scope and speed of shipping's digitalisation path. In the second episode, Şadan Kaptanoğlu explains why it is so vital shipping does not lose focus of its 2050 greenhouse gas commitments.

In terms of going digital, Thomas Bagge said carriers must aspire to get to the digital levels banks have done, urging for the same vision for container shipping. Explaining where he believes the most significant digital advances can be made in liner shipping, Bagge said the focus should be on documentation. "I think the biggest gain is on the documentation side, the carriers have done a lot on the operational side, but from the customer experience, container shipping is still not great compared to other industries," Bagge said.

Another episode featured the head of Ocean Technologies Group, Manish Singh, and OSM boss, Bjoern Sprotte, where the discussion centred around how training has changed in the last few months and what will be the likely long term changes in training as the Covid-19 pandemic recedes. "On March 11 training came to a 'complete standstill' overnight, necessitating a swift adoption of digital tools. With this new technology, we stay connected, we share learnings and create a self-learning community by that, which is encouraging each other to learn skills and create a sense of belonging. For us, that is also a retention mechanism obviously," Sprotte said.

The future of chartering was the topic of one of the instalments. The episode featured a star team including shipowner Tabitha Logan, entrepreneurs Athanasia Panagiotopoulou and Jenna Brown, and shipping futurist K D Adamson. Key takeaway: Access to data is essential to make decisions and improve your competitive edge.

"What I am looking for is a voyage optimisation software that creates a smart ship, a smart ship that I can take all the information we have to hand whether its the laycan, the weather conditions, the condition of the ship and I can then assess that in real time," Logan said, going on to explain how it used to be when a ship was fixed the voyage instruction would simply be full-speed or eco-speed.

Again, many thanks to our friends Grant Rowles and Sam Chambers from Splash Maritime and Offshore News (splash247.com) for assembling such great people and for producing such a great show.

You can also find the complete Maritime CEO Tech Leader Series on the Splash247 website or by following this link.